In 2018, Damien Sabatier and Gerald Chevillon of the Compagnie Impérial (French music scene) invited Martin Antiphon to create a 360-degree concert show. The quintet thus formed (two saxophones, drums, accordion, machines) is encircled by the audience, which is itself surrounded by an immersive sound device. After several stages of work (of which the first version played in Marseille is to be seen in full below), the premiere of La Cité sans voile is given during the Cratère surfaces festival at the national stage in Alès. 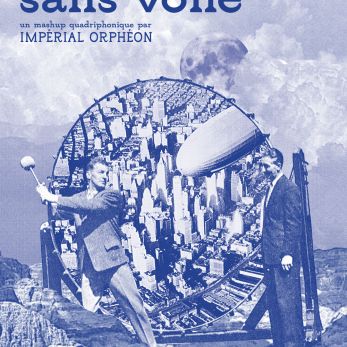 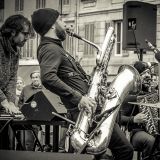 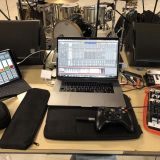